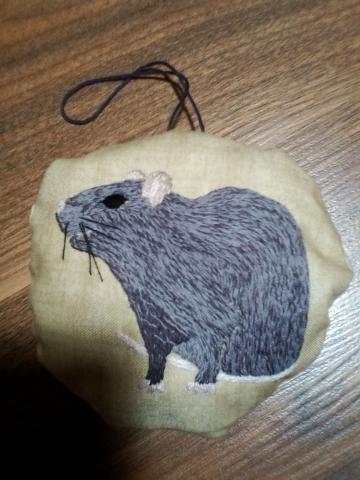 The rat is about 7cm from its nose to the side of its back. I was testing out the effect of working with strands of two different colours at the same time. I think it makes it much less noticeable that this is mostly split-stitch (the same as the rabbit). I ended up making it into a stuffed decoration and clearly, while I can embroider, I'm really bad at sewing shapes out of fabric. The next thing I made also involved some strange sewing decisions, but as they were preceded by some unfortunate embroidery outcomes, I'm not sure which type of stitching I was worse at on that occasion. I'll include it below. Basically, I started doing a landscape but I'd seen a picture online of an artwork which included an above water and below water section, so I thought I could do the same. What I didn't count on was that my embroidered seals would become so 3D that the bulge would need to be stuffed from the reverse of the fabric with parts of an old sock. The whole thing took me a long time, given the density of the embroidery and the fact that this is 29cm high and 19cm wide. Below I'll also include the inspiration for my seals (Wikipedia). 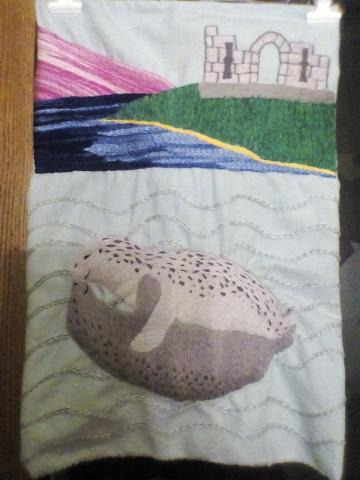 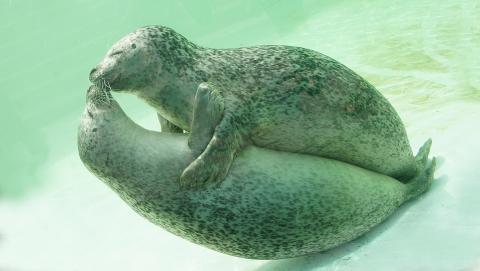